Back when Ian Holloway left Crystal Palace late last year, I earmarked Tony Pulis as the one candidate I didn’t want to see as manager. I have just finished baking a delicious humble pie, and I relish eating every last bite of it, leaving no crumbs, such is my commitment to admitting how atrociously wrong I was.

Less than a year later, all of his astonishing work has been undone, shredded, left in tatters, all in one fell swoop by a chairman who himself has performed minor miracles over the last 5 years in getting the club to the Premier League. 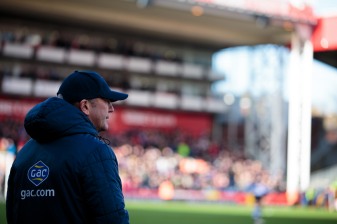 Pulis has been something of a managerial revelation, though it really shouldn’t come as a surprise. This is a man who has never been relegated as a manager, lest we forget. His forte seems to be taking relegation-threatened teams and turning them into competent mid-table teams with the potential to push on to promotion and the higher reaches with the right investment. He has done what he did at Palace numerous times in the lower divisions, with clubs like Gillingham, Stoke City, and Plymouth Argyle all benefiting from his managerial wizardry.

Unfortunately, this hasn’t come without a certain caveat, something that all football fans associate with Pulis: unattractive football. His second stint at Stoke ended after the owners felt a change in play style from Delap long throws, hitting long balls, and selecting an XI that rarely contained a player under 6 feet in height. When he came to Palace, though, the long ball style was a little less prevalent; instead Selhurst Park was treated to his usual rock solid defensive displays, but also a brand of counter attacking football which saw Yannick Bolasie, Marouane Chamakh and Jason Puncheon thrive as a trio in a 4-2-3-1 formation, and later saw Dwight Gayle(the physical embodiment of the antithesis of a Pulis centre-forward) hit major form, scoring two braces in the final two matches of the season. Pulis was a man who had reinvented his style to match the players he had. It married perfectly.

This season’s transfer window has bee somewhat of a disappointment. The only signings of note up until today were Frazier Campbell for a fee of around £600,000, while Brede Hangeland signed on a free transfer. Martin Kelly joined today for a fee of £1.5m. A total of £2.1m spent on a club trying to stay in the division? Leicester spent £8m just on one player in Leonardo Ulloa: that’s intent to stay in the division.

Steve Parish will no doubt have his reasons for not wanting to invest heavily. It wasn’t so long ago that the club was on the brink of not existing, after all. He will want to put money into developing the area around the stadium, redeveloping the training ground, and bringing forth youth.

But there is not statement of intent. No key signing. We remain without a proper left-back, and quality midfield options are hard to come by. What intent he has shown has been in the form of interest in re-signing Wilfried Zaha, a player Pulis reportedly has no interest in. The conflict then appears to be between what the manager thinks is best for the club, and what the owner thinks the fans want to see. After the award-winning season Pulis has delivered, Parish has to comply with his needs. Now that he’s gone, less than two days before a massive game against Arsenal, the club appears to be entering a state of ruin. Parish only has himself to blame.

The club’s biggest asset and arguably greatest manager has gone. Steve Parish needs to act fast to regain the fans trust. Let this be a message to all owners: you do NOT run the club, you merely fund it and own it, hence OWNER. The MANAGER manages the club, hence MANAGER. Literal terms, intended to be used literally.

Welcome To Our Alternative Reality.

And That's All I Have To Say About That

I write words for you to read.